Newcombe, who recently passed away, was a player on the first integrated baseball team in the US.

Share All sharing options for: In Nashua, Don Newcombe’s barrier-breaking legacy lives on

Don Newcombe, the groundbreaking pitcher who played with Roy Campanella on the first integrated baseball team in the United States, the Nashua Dodgers, passed away at age 92, the Los Angeles Dodgers announced.

Newcombe, over his 11-year career with the Dodgers, Cincinnati Reds and Cleveland baseball team, won Rookie of the Year, MVP and the NL Cy Young Award — the first pitcher to do so and only until Justin Verlander in 2011. With Los Angeles in 1955, he won a World Series, and he played in four All-Star games.

A handful of years ago, I moved to Nashua, New Hampshire, about an hour north of Boston and close to Manchester, where the double-A Fisher Cats play. The Nashua Dodgers, in the 1940s, played at Holman Stadium, a field built during the Great Depression and funded partly by the Works Progress Administration. It’s located just off of Main Street.

In 1946, a year before Jackie Robinson joined the Brooklyn Dodgers, Newcombe and Campanella made the Nashua Dodgers the first integrated team in the United States.

In 2017, I worked with the Nashua Silver Knights — an independent team — at Holman Stadium as their home beat writer. I learned of Newcombe’s history in Nashua, and the baseball lore at the stadium and around the city. Newcombe, Campanella and Robinson’s number are retired at the stadium.

One of my favourite testaments to what Newcombe accomplished, among many, is a mural off Main Street in Nashua. 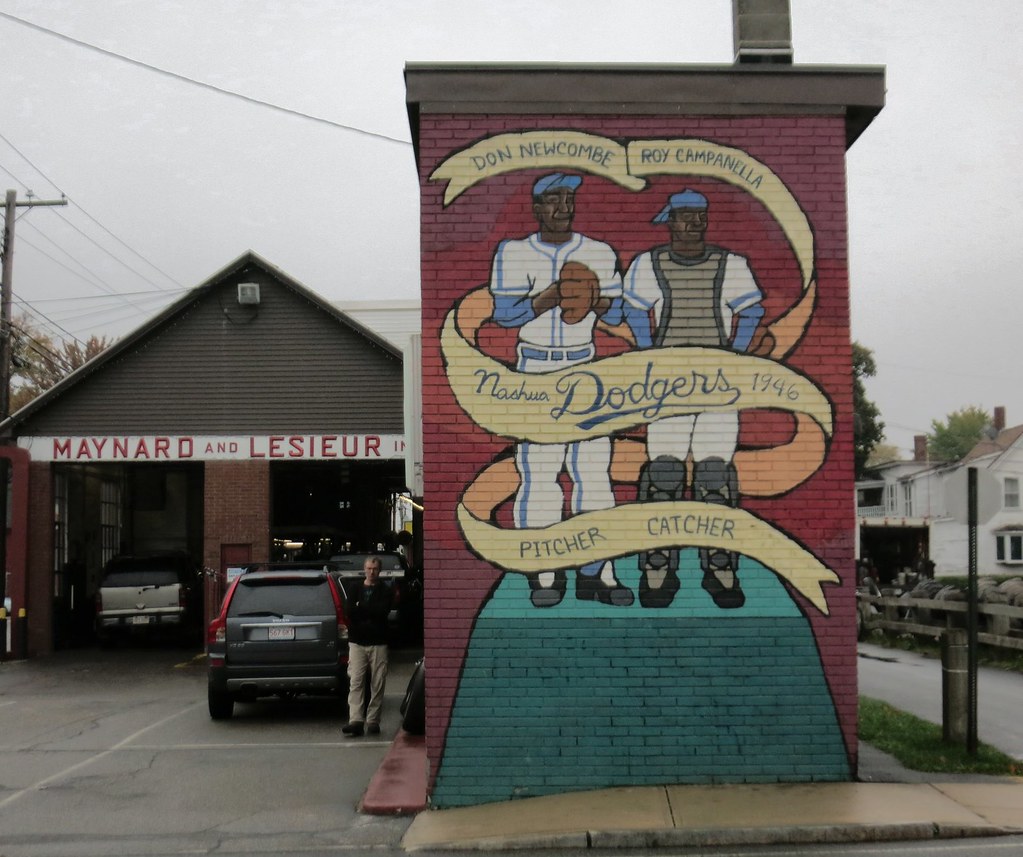 Newcombe returned to Nashua on April 15, 1997, the 50th anniversary of Robinson breaking the colour barrier.

“We knew the impact we were attempting would have,” Newcombe said. “We had to endure.”

Today, in Nashua and around the world, Newcombe’s legacy endures.